We begin by visiting Mafra, a few kilometres north of Lisbon, where we find the most important Portuguese Baroque monument: the National Palace of Mafra, built in the 18th century by commission of King D. Joao V, as a result of a promise he made, in the name of the future offspring he would get from is wife, Queen Maria Ana of Austria. The construction of this monument became in the 20th century the subject of “Memorial do Convento”, a best-seller written by the Portuguese author Jose Saramago, making him winner of the Nobel Prize award of Literature. We will visit the library, the nursing ward, the hospital, the convent and the basilica with its atrium decorated with Italian sculptures and a set of six organs, unique in the world.

Next… Sintra, World Heritage, capital of romanticism. Its micro-climate is behind the exuberant vegetation that was often praised by romantic poets of the nineteenth century, namely Lord Byron. You will have the opportunity to visit one of the various Palaces of Sintra and to taste the traditional pastries.

Whether you choose a single-day or a multi-day tour, you will always be driven in the comfort of our Mercedes-Benz vehicles and escorted by our certified professional driver/guides.

The National Palace of Mafra is the most majestic palace in Portugal. It was built in the 18th century during the reign of King Joao V, the richest monarch of Europe at the time. The gold from “Minas Gerais” in Brazil, a Portuguese colony back then, financed the enormous constructions executed under the order of this king, namely the Aqueduct of “Aguas Livres” in Lisbon and this huge palace, where the private quarters of King and Queen are located on opposite sides, distancing 232 meters (253 yards) from each other. The highlights of the visit to the interior of this Baroque palace, include the Rococo library, the nursing ward and hospital, the convent and the Basilica where an atrium is decorated with Italian sculptures and marble features.

One of the oldest fishing towns in Portugal founded by Phoenicians in 1000 B.C. Free time to walk about the pedestrian streets where you can find a variety of local shops, a point of interest for many national and international tourists. If you would like to take time for lunch, your guide can recommend restaurants in Ericeira.

Sintra is without a doubt one of the most extraordinary places in Portugal. Its microclimate transforms this small town situated on the slopes of the mountain range “Serra de Sintra” next to the Atlantic, into a major attraction for visitors who go there to admire its famous castles and palaces or simply taste the traditional food, pastries and sweets. And let’s not forget the souvenir shops selling typical local items. We will stop in the historic center where you can taste the famous “travesseiros” and “queijadas” at the Piriquita Pastry Shop and explore the narrow cobbled streets of the most romantic town in Portugal. Time to visit one of these palaces: Sintra national palace, Pena palace , Quinta da Regaleira , palace of Monserrate (optional visit) 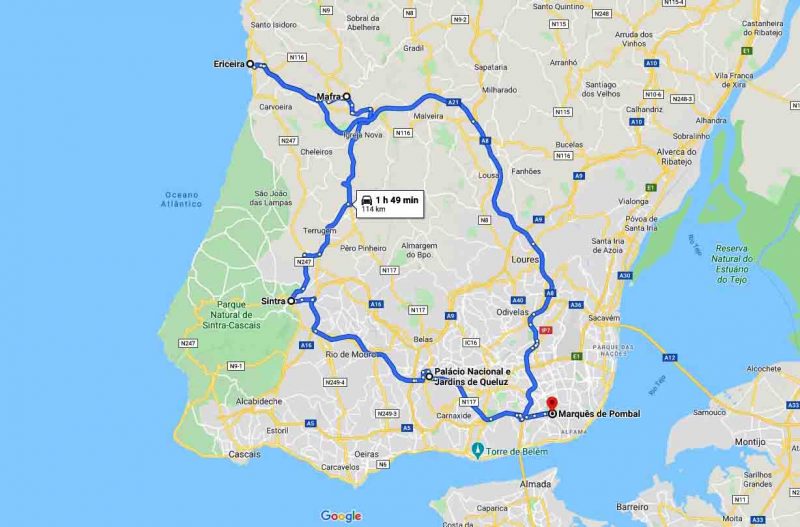 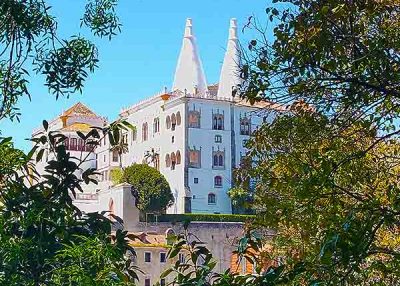 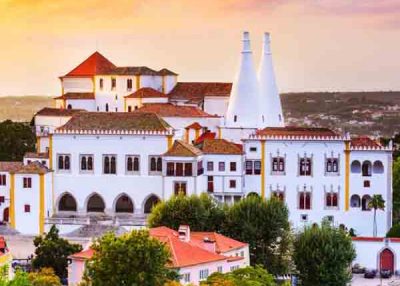 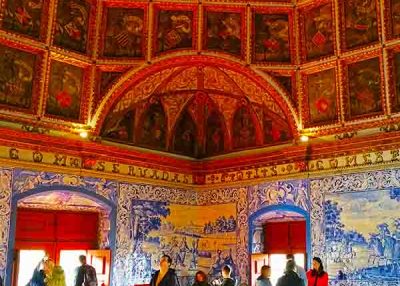 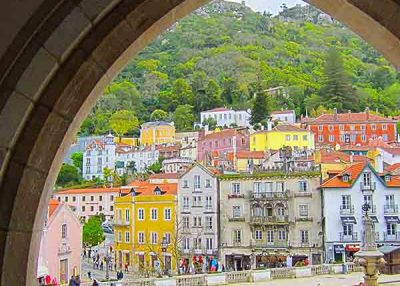 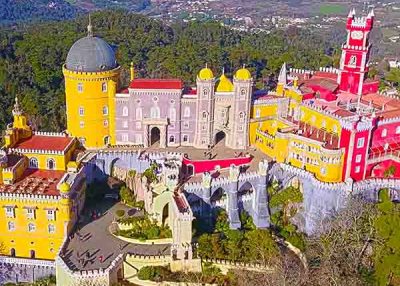 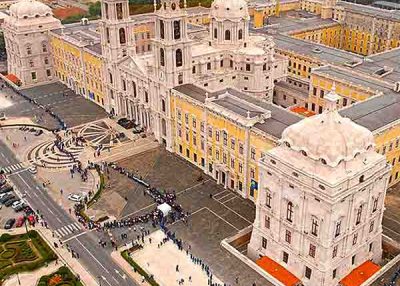 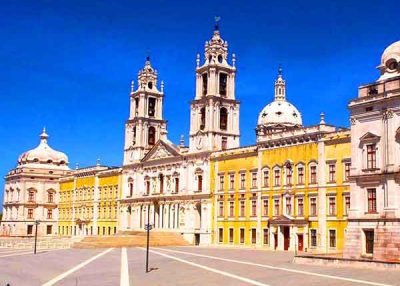 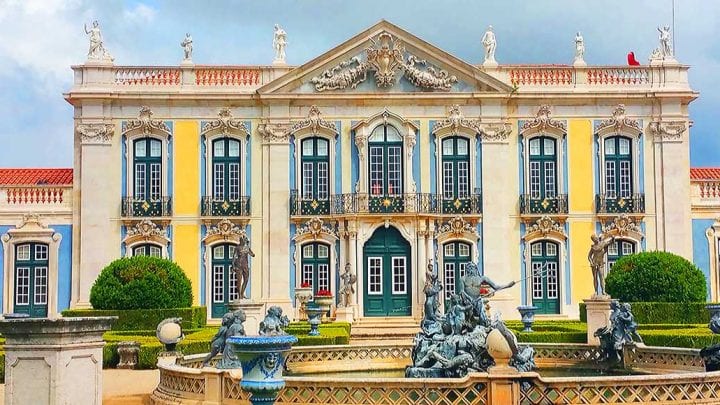 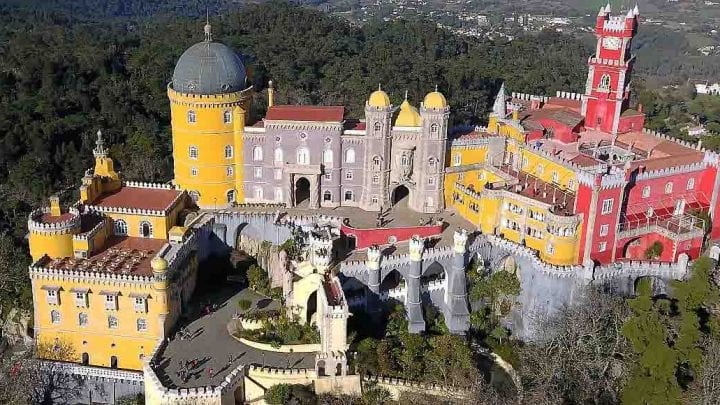 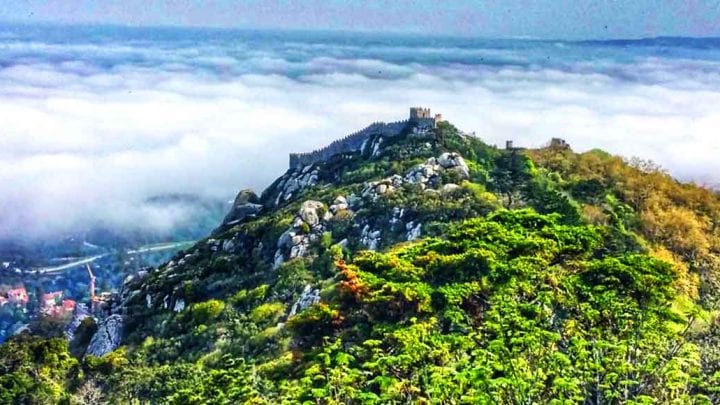 A private tour with an accredited professional driver/guide, exclusively at your disposal, who will accompany you on visits to monuments and other places of interest whenever possible, (in certain areas of the city, car parking is not available or not allowed in which case the driver/guide will drop you off and schedule a time with you for pick-up, back at the same place of drop-off).